Book my Trickfilm-Show or visit my presentation

I showcase my international award winning films as infotainment and give an exciting and entertaining insight into the production processes of the films.

I talk about my inspiration, important stages in my film career and reveal my next plans.

In a relaxed atmosphere, I explain the tricks and techniques used to make the films and tell stories about the films, e.g. about the 1997 Academy Awards® in Hollywood.

Using facts and figures, I convey the effort involved in the productions and address the challenges associated with this art form.

The films are without dialogue. Depending on the duration of the program and the venue, there are breaks during which food and drinks can be served.

Here are the next event dates.

Watch excerpts of the film program

Lectures with a thematic focal point

I can show one or several of my films on site or via streaming. I give explanations taking into account the focussed themes, and hold a question-and-answer session with the participants.

For example, I talk about the motives to produce the films, about the production process or animation techniques or about the marketing and distribution.

Here are examples of films and possible subjects. To read more about the content of the films click on the titles.

environment, endangered nature, what we call “weed” might be a matter of opinion

Cartoon animation on paper strips or three-dimensional animation loops on turntables, use of early film technology (praxinoscope, zoetrope) to view the animation, integration of sound and music, development of an audiovisual performance as a public presentation. 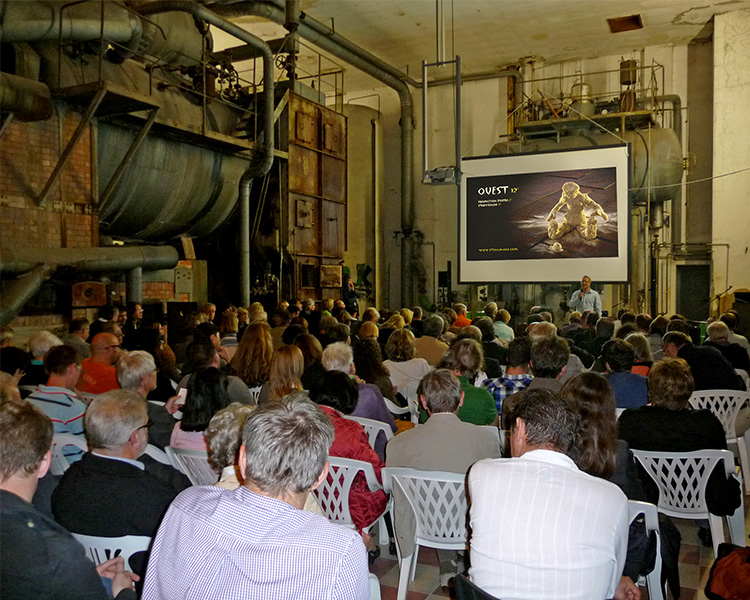 If you have any questions or consider booking my Trickfilm Show, please get in contact: