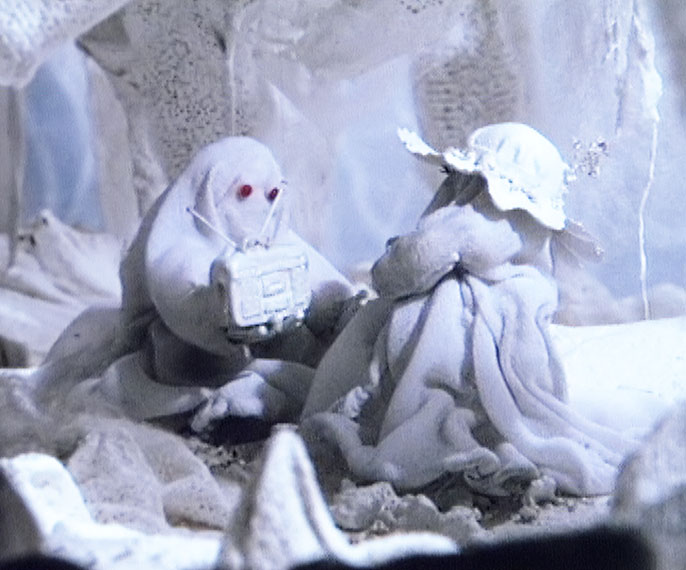 Watch Image of LET ME LIVE 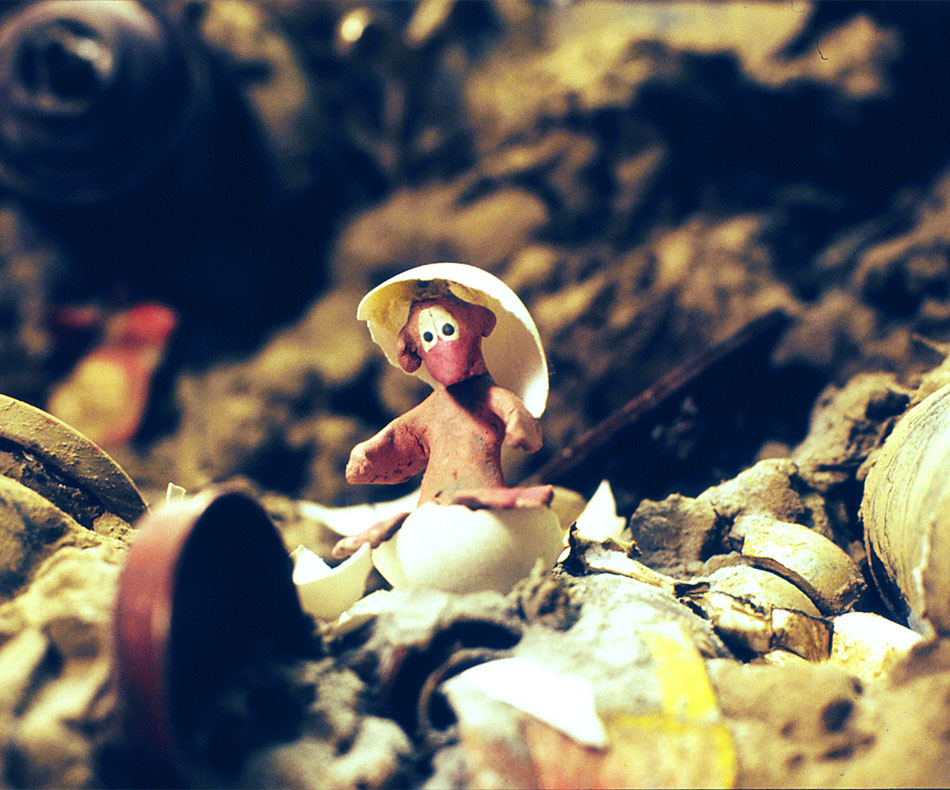 Watch Image of THE LAST LEAF 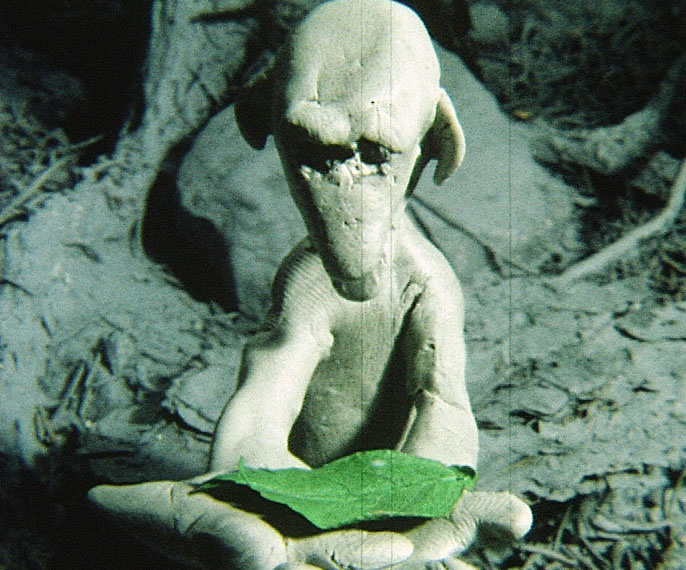 Watch Image of THE BIG LABYRINTH 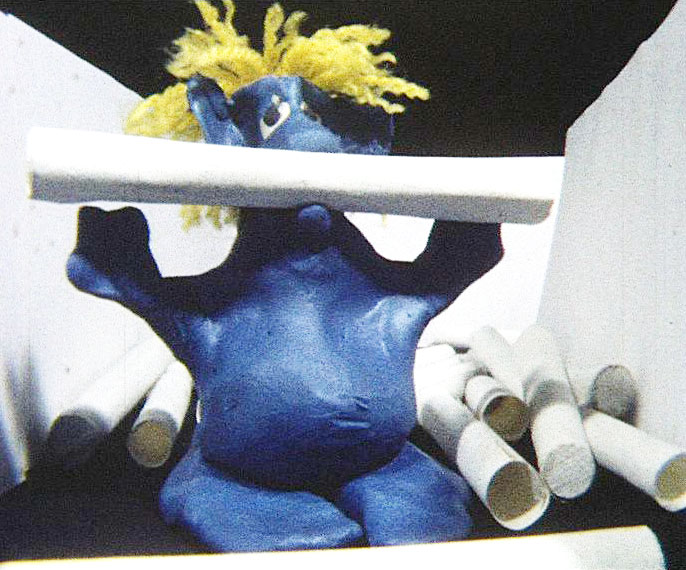 Watch Image of COMMPETITION WITHOUT WINNERS 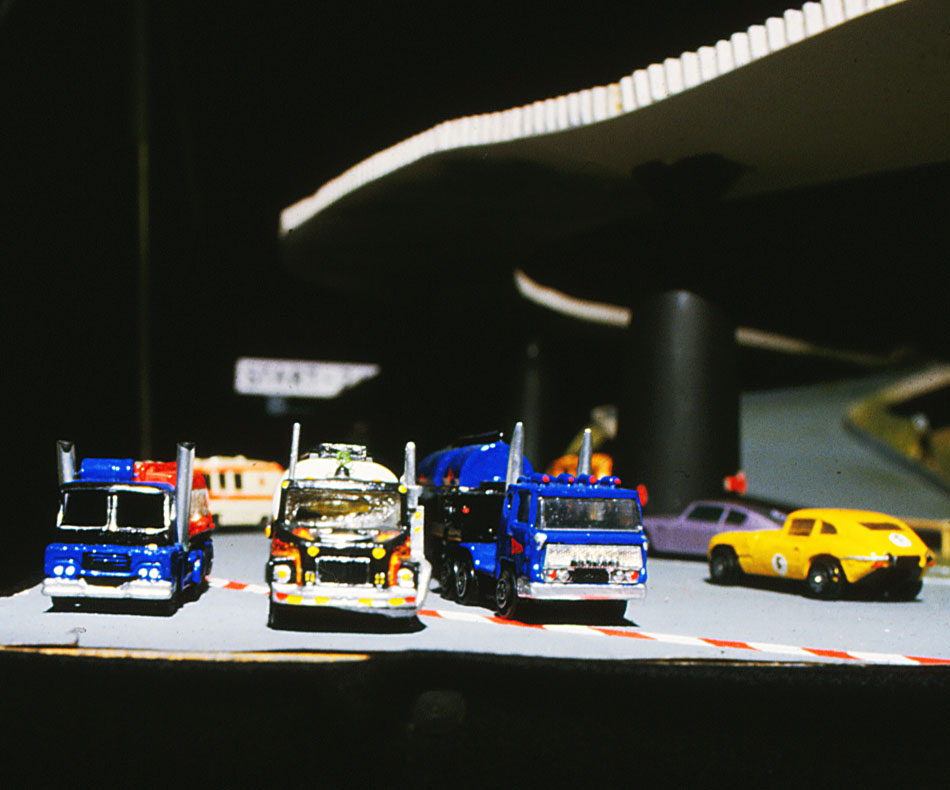 Watch Image of ROM AND JUL 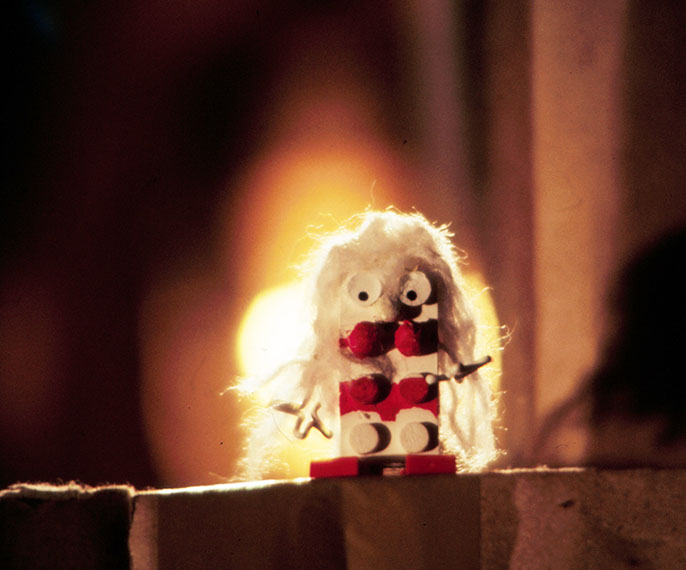 FAILED with an action FILM

I already wanted to become a filmmaker when I was 15.

With 17, I started my first attempt at making a live-action short film. The action took place at school. Brother and friends were the film crew, teachers and classmates the actors and extras. We shot at the weekends.

My team shrank from weekend to weekend. The weather was changeable. Sometimes it was sunny, sometimes it rained. We didn’t have enough light. After two weeks, the developed film material came from the lab. It was partly out of focus.

Disappointed, I gave up on the project and changed my plan.

I retreated to my children’s room, painted science fiction pictures or went to the hobby cellar, tinkered with something. I kept dreaming about film.

Equipped with only two film lamps and a miniature film set made of dominoes, I started experimenting with film tricks, or more precisely with animation, in the basement. That was in 1982.

The 5-minutes film DOMINO PLAY was my first animated film. I mixed stop motion and live action. The little bricks were my actors. 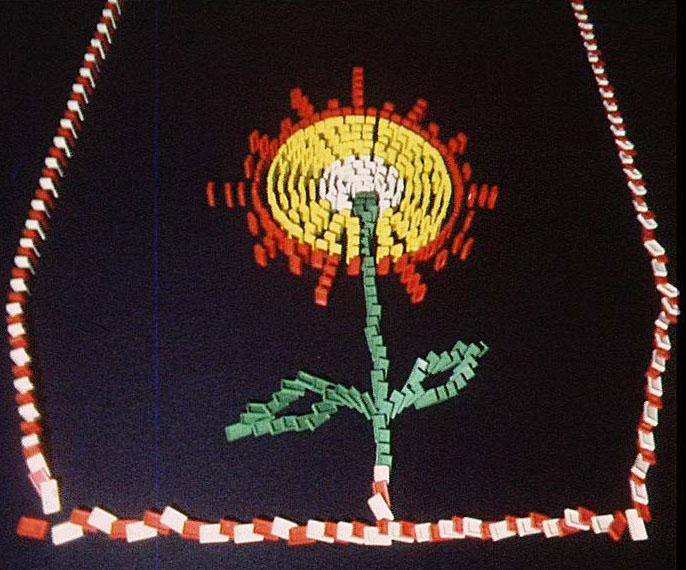 I got my first award, a 3rd Price at a regional Amateur Film Competition in Falkenstein, Germany, on 10th March, 1984.

One of my favourite pieces of electronic music inspired me to make the fancy 5-minutes film PLASTICINE in 1984.

All objects and figures in the film are made of plasticine. The main character, a conductor, bewitches his surroundings. Objects roll, dance, appear and disappear or change colours according to the music.

The film was made for a competition of non-professional filmmakers with the subject ‘My best Thing’. The Bavarian broadcasting TV, the initiator, didn’t select PLASTICINE. 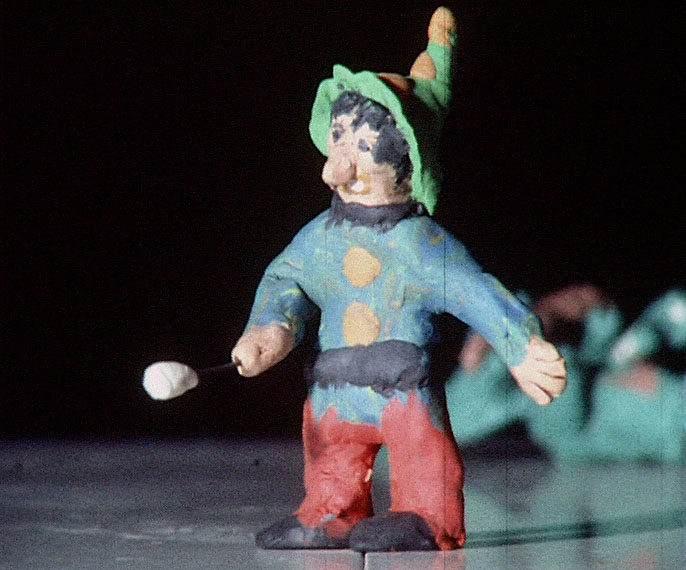 I got the following awards:

Gold Medal at the 5th Bavarian Film Festival of the non-professional filmmakers 1984, Straubing

I love car racing films. COMPETITION WITHOUT WINNERS is a film like that, a 12-minutes stop motion film, produced in 1984.

The story: At midnight Matchbox cars come alive to race. 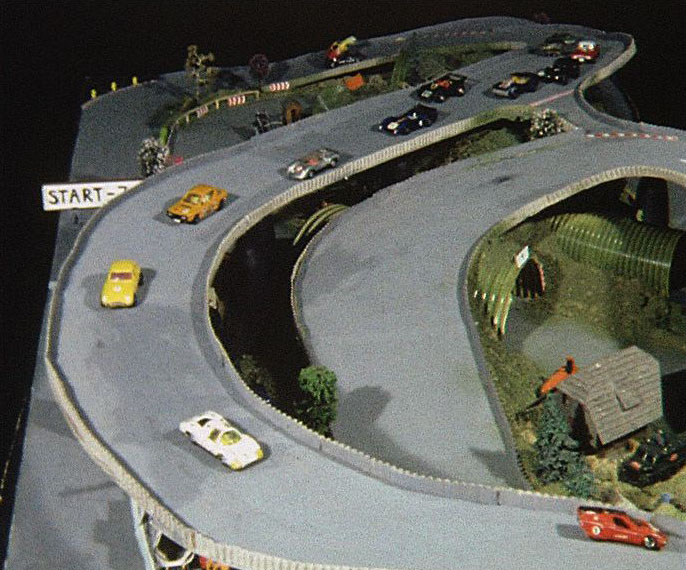 I got the following awards:

2nd Prize and Special Prize for the best soundtrack at the Bavarian federal state competition for amateur filmmakers in Landshut, Germany, in 1984.

The 5-minutes animated film THE LARGE LABYRINTH is a mix of live action and stop motion, produced in 1984.

The story is about the dream of a little girl, in which plasticine characters, come alive.

I made THE BIG LABYRINTH again for the amateur film competition of The Bavarian broadcasting TV. Unlike PLASTICINE the year before THE LARGE LABYRINTH was selected with 29 others from 300 submissions. The audience, who was the jury, chose my film as Best Film of the Competition. The Bavarian TV broadcasted a 30-minutes report about me and my films.

The film got the following awards:

Special Prize for the “special cinematic design of a youth problem” at the Bavarian non-professional Film Festival, Ansbach, 1985.

Advancement Award at the Film Days of Bavarian schools, Marktheidenfeld, 1986

Silver Medal at the German National Competition for Film Amateurs in 1985, Ulm

The topic of climate change has inspired me to make the 6-minutes film THE LAST LEAF in 1984.

The story: A plasticine figure lives in a dead grey forest and takes care of a leftover green leaf.

In 1985 I was invited to the World Amateur Film Festival (UNICA) in Argentina. The film won the prize for the best film in the youth category.

Best Film of a Youth at the 34. German competition of non-professional films 1985, Gütersloh

Advancement Award andPrize of the Audience at the Film Days of Bavarian schools in Marktheidenfeld, 1985

Excerpts were broadcasted by the German TV: Bavarian and Hessian TV and ZDF/ Today’s Journal, a television news magazine broadcast

My particular interest in the 14-minute stop-motion film ROM AND JUL was in the design of the scenery, the lighting and the music that was composed for this film.

The idea was inspired by Shakespeare’s ‘Romeo and Juliet’. The rival families are LEGO bricks and Fischer-Technik blocks. 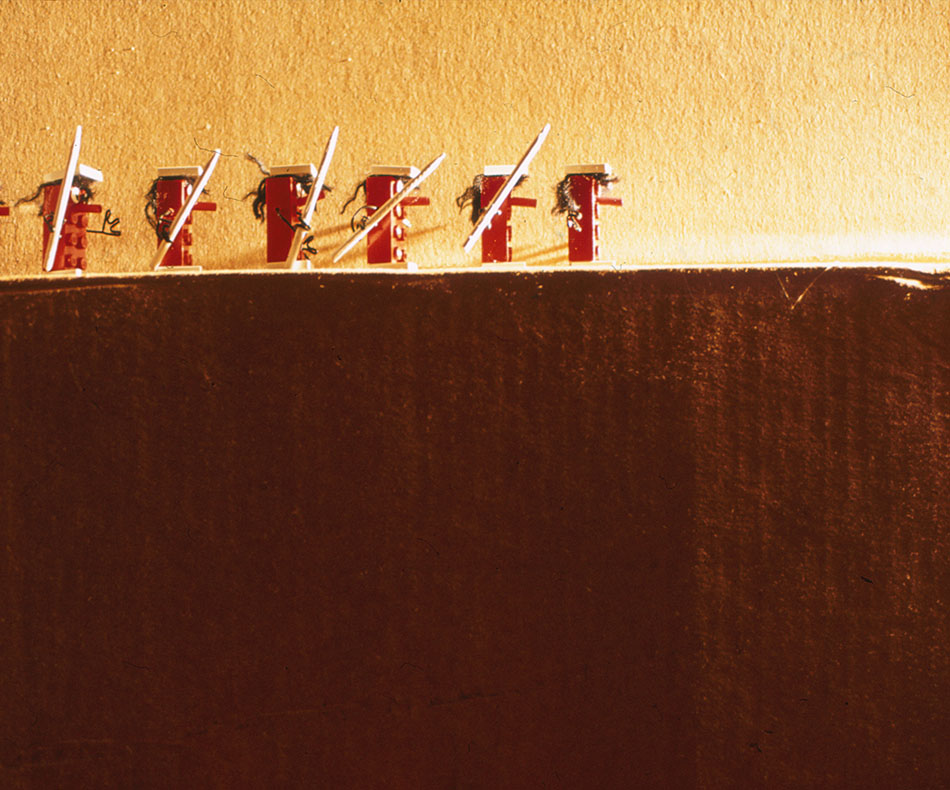 The film got a Prize for Best Sound Editing at the local competition of non-professional film makers, Lower Bavaria, Straubing, 1985.

My 6-minutes stop motion film LET ME LIVE was the thesis in Art at my A-levels (Abitur) in Art in 1986. I received a grade 1 with distinction.

The story: A little bird hatches from an egg in a garbage dump and tries to survive. 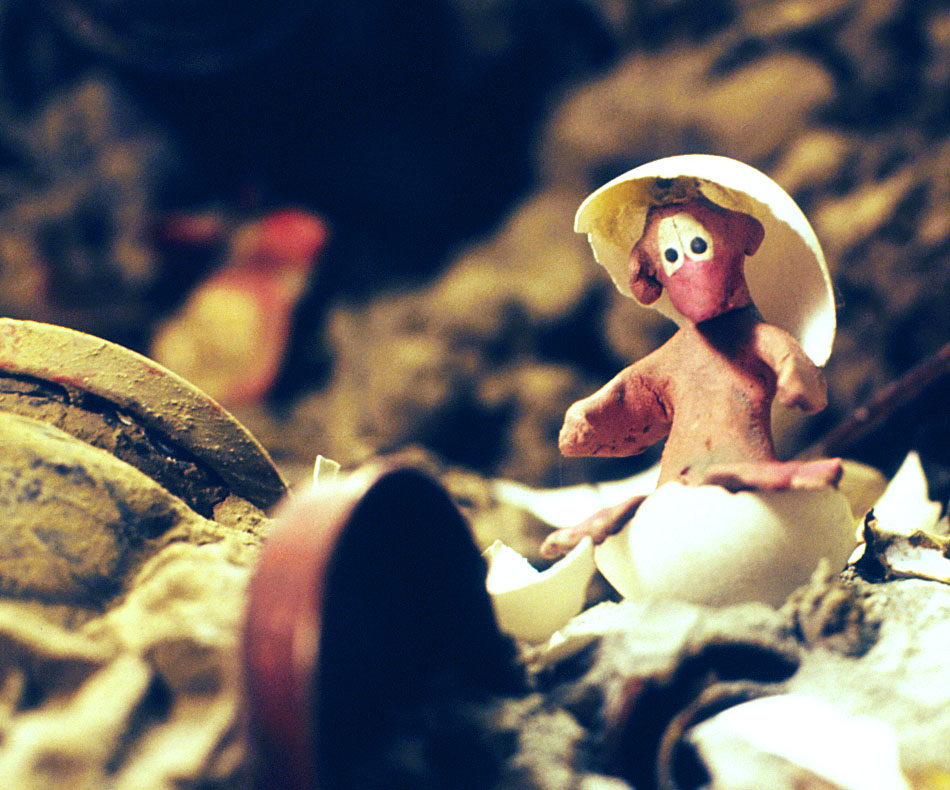 Award of the Czech Council of Peace for a foreign film, Rychnover Achters 1988, CSSR

Promotional Award and audience favourite, at the workshop for young filmmakers, Wiesbaden Naurod, 1987

Silver Medal and Special Prize: “Man and his Environment” at the amateur film festival, Duisburg 1986

In 1988 I successfully applied with this film to study animation at the Kassel College of Art.

The story is set in a fantastic white world and is about the relationship between two ghosts. They live alone in this world. One ghost is sad, while the other tries to be in a good mood. An unfortunate accident suddenly brings colour into play.

I bought a Bolex camera, an analogue editing table and a 16mm projector to produce the film with professional technical equipment. I purchased a sound system that synchronized a four-track tape machine, a Super-8 film viewer and a 16mm-projector. The music was composed by Thomas Andretzky.

Best Film of the group up to 26 years, International Youth Festival for Film and Video Amateurs, Klagenfurt, 1989

Excerpts of the film were broadcasted by the German TV stations: ZDF, South German broadcastingTV, RTL