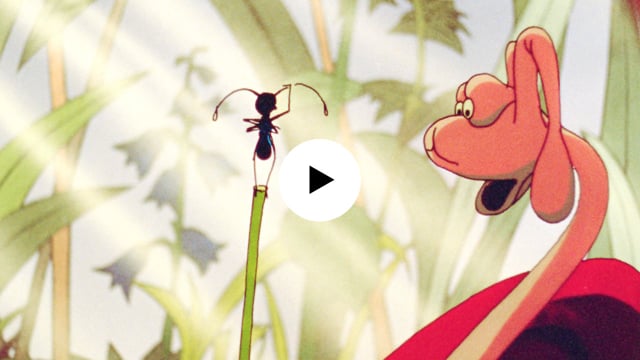 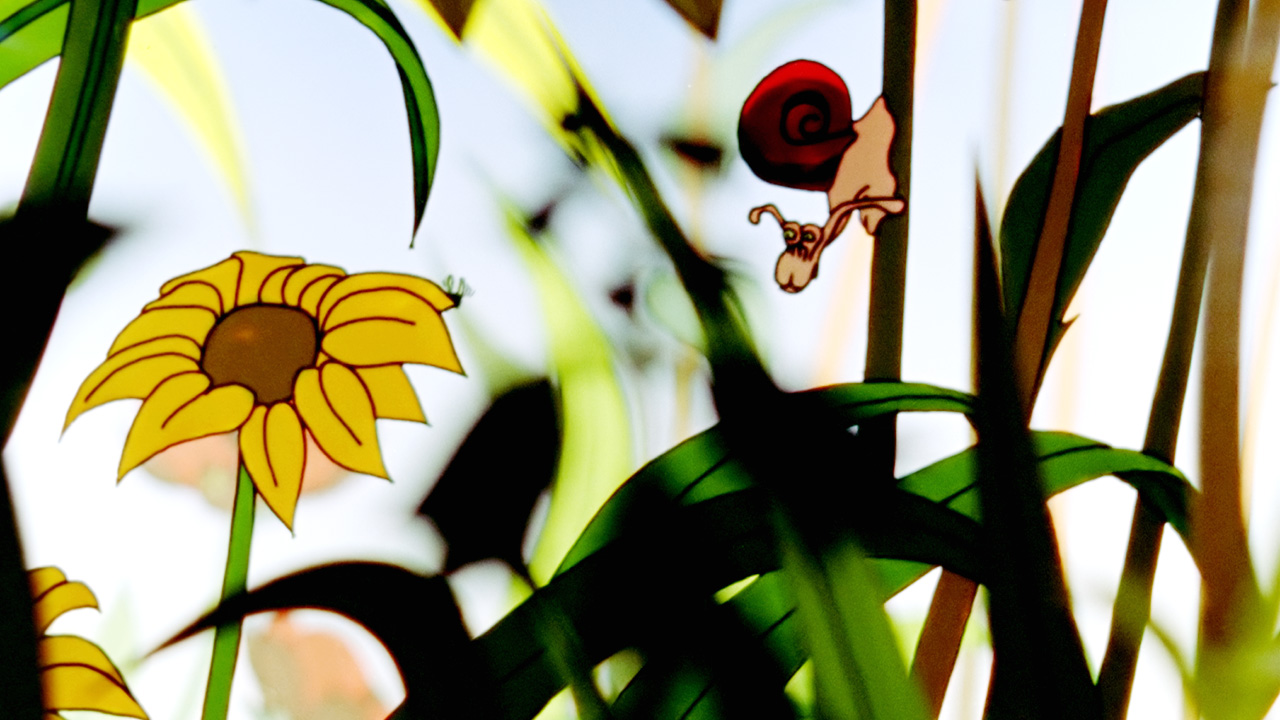 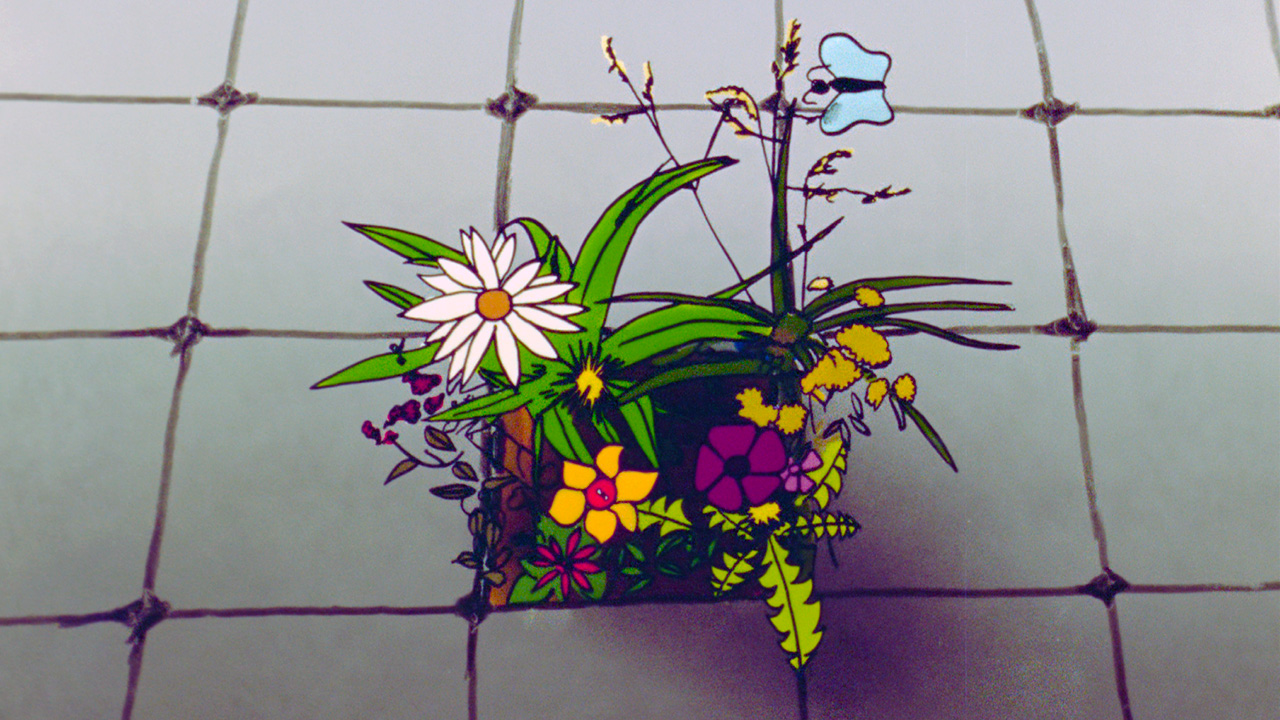 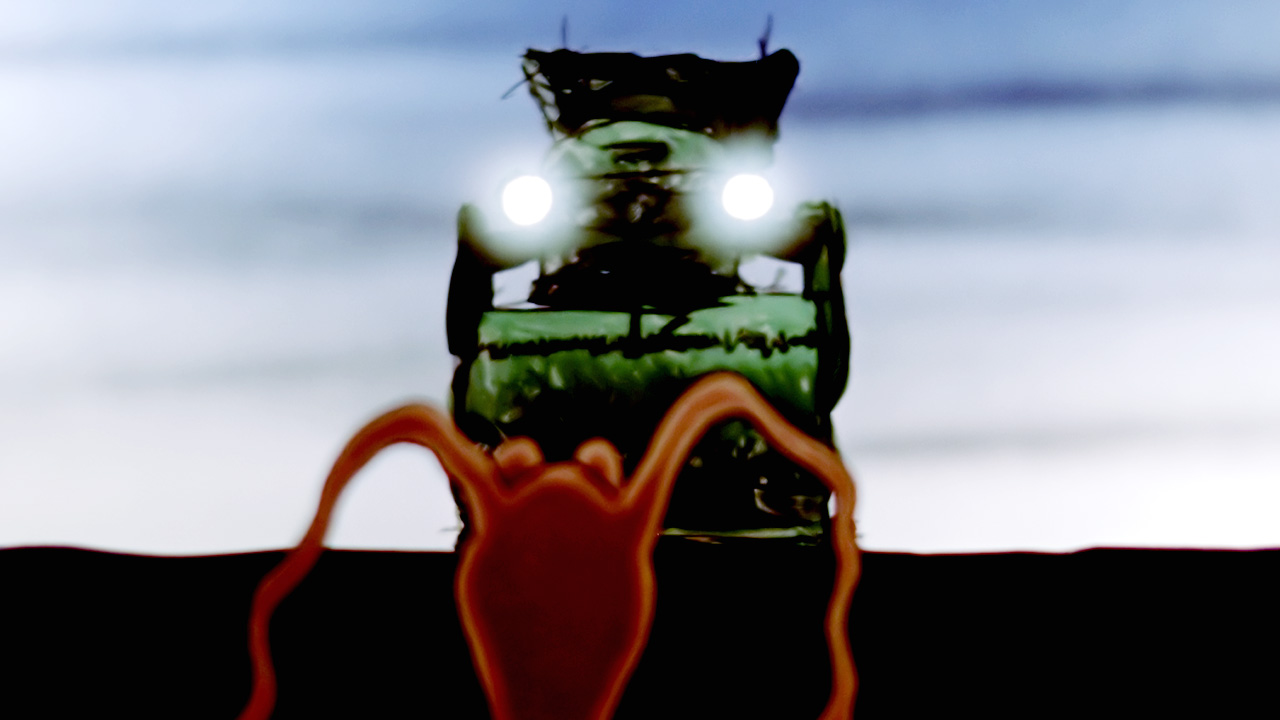 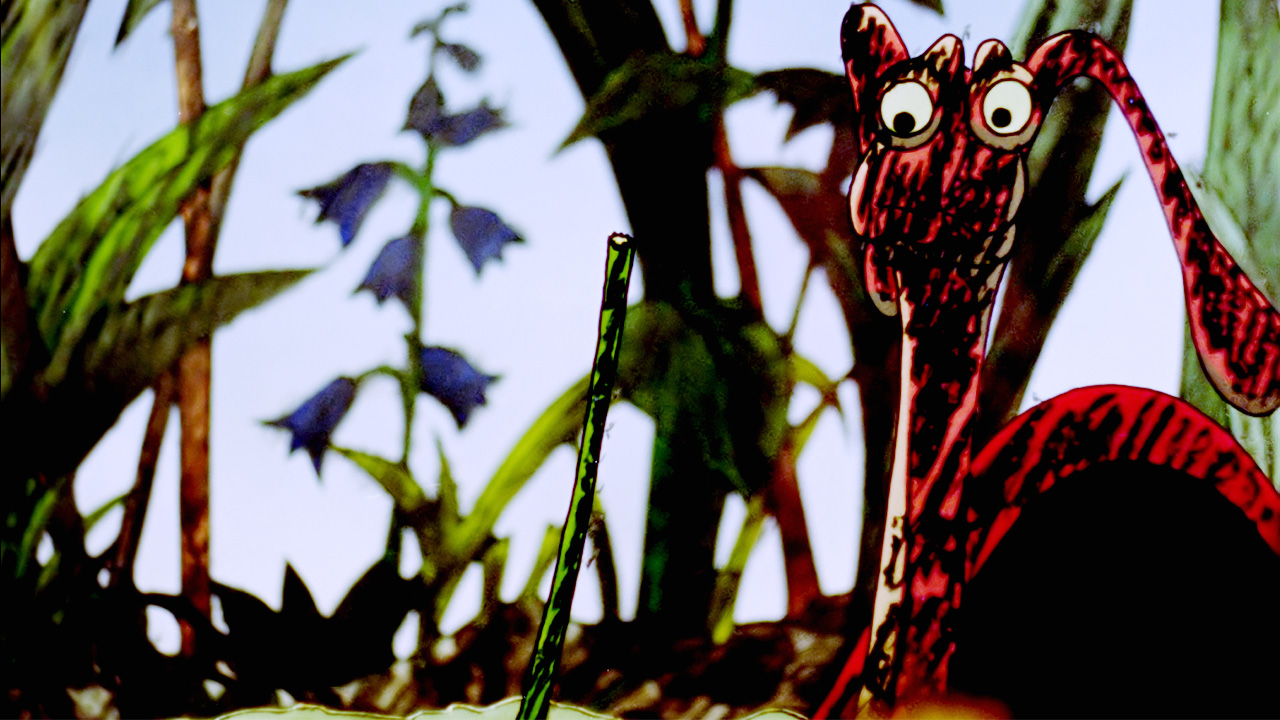 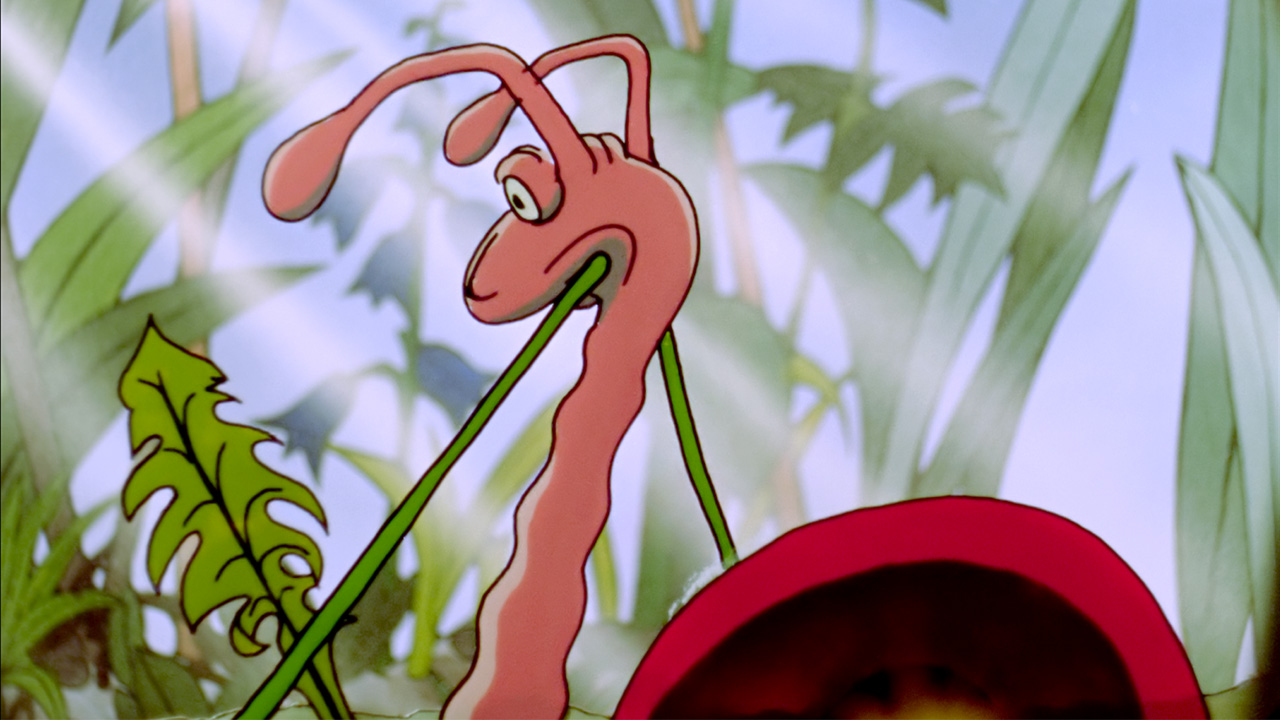 A little tale about a snail

The five-minute film UNKRAUT deals with the destruction of nature by man, seen through the eyes of a snail. The little animal lives on a little spot of weeds amidst grey paving stones. What seems wondrous and paradisiac to the snail is cause for road builders to repair a huge surface of concrete slabs. The road construction threatens the life of the snail.

The cartoon animation film fascinates with three-dimensional effects and a “slimy” character.

After several puppet animation films UNKRAUT was my first coloured cartoon film, made during the second semester at the Kassel College of Art. I developed the story, did the direction, animation and the camera shooting on an animation stand. The production took 1,5 years. The shooting of the 4500 hand-coloured cells took four weeks. Six sound tracks were mixed together with the music of Edgar Knecht.

For some scenes I used rotoscopy. I build a little set of a meadow made by white paper and bold black contours. I shot its rotation in stop motion and traced the shape of the grasses and flowers frame by frame onto animation paper.

I filmed the movements of real construction machines and a road builder on 16mm film stock. With reproducing the contours onto animation paper, roughly tracing them with black wax pencil on animation cells and colouring it with different grey acrylic paint, the scenery was given a cold and uncaring appearance.

In contrast to to this look I animated the snail by freehand and painted it and its surrounding with bold and bright colours to accentuate its peaceful and joyful world.

To get a three-dimensional effect I constructed movable multi-plane layers, like Disney, to achieve an image depth by unfocused elements. For some shots there were nine cranks to wind frame by frame to simulate a camera movement (see excerpt) or the depth of cloudy sky.

The shooting of the 4500 hand-coloured cells took four weeks.

Six sound tracks were mixed together with the music of Edgar Knecht.

Recommended for educational use.

2D animation on cells, shot with an animation stand